Surveys and information from scientists

We will continue to engage the scientific community on what services they want to see in a next generation of preprints. However, based upon a survey that ASAPbio conducted in May 2016 (Results summary (pdf) and Anonymized responses (xls)) and other resources (e.g. Preprint user stories compiled by Jennifer Lin at Crossref and ASAPbio survey #1 (early 2016)), we believe that biologists want: 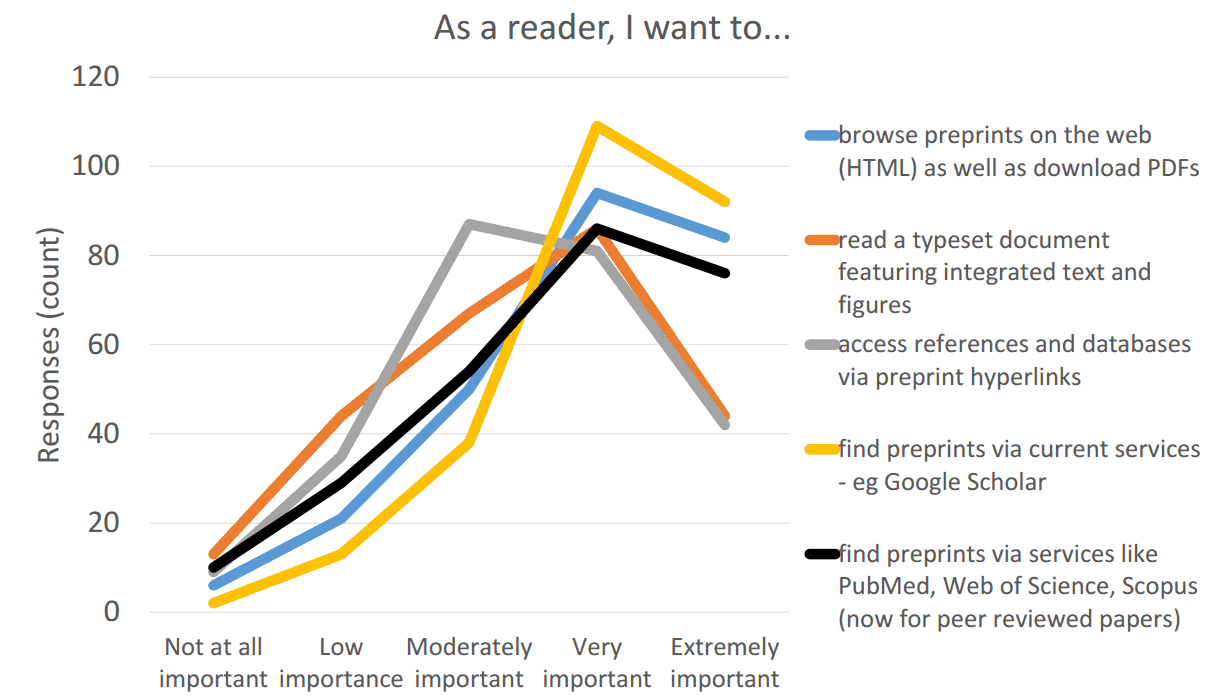 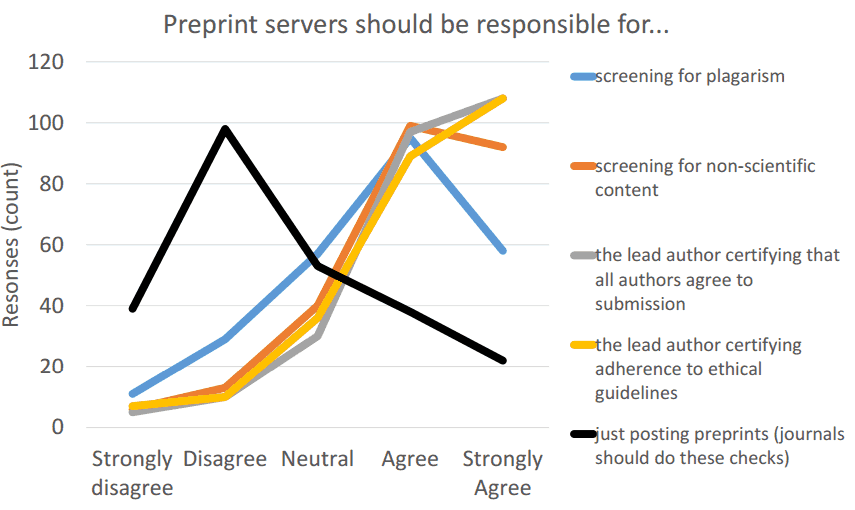 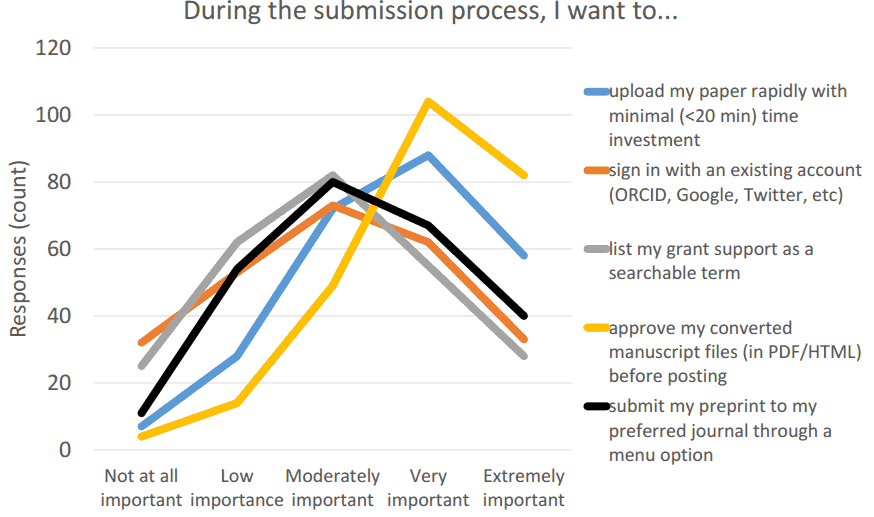 In July-August 2016, ASAPbio conducted informal interviews with preprint servers, funders, scientists and developers. We originally presented a variety of Central Preprint Service models of increasing complexity and centralization, ranging from a PubMed-like metadata search tool (Model 1) to a PubMed Central-like database that hosts well-formed XML content (JATS) and makes it available through a web display tool and an API (Model 4). One version also included a central submission tool (Model 5).

While responses to the creation of a central tool were generally very positive, opinions on the best implementation varied. Below is a summary of some of the critical feedback we received.

We have drafted a provisional model of the Central Service (Summary) that takes into account the various input received above. The model emphasizes the development of document conversion services and the provision of web-ready full-text outputs to the input server. Providing full-text display via intake server/publishers will deliver to scientists many of the benefits they want while providing intake servers with incentives to participate in the program.

Possible benefits of the proposed service

We welcome comments on the list of desired features below, which could become an agenda for discussion at the Technical Workshop (August 30, 2016).

Input (collected from the author)

The output of the Technical Workshop will be an announced in a Request For Information (RFI), in response to which any interested party can provide information on the development and approximate costs of developing a CS. The responses to the RFI will be shared by ASAPbio with major international funding agencies for potential consortium support. Pending their collective interest in financially supporting a plan for a CS and refining its method of operation and governance, a formal RFA may follow the RFI to which interested parties could apply for funding. 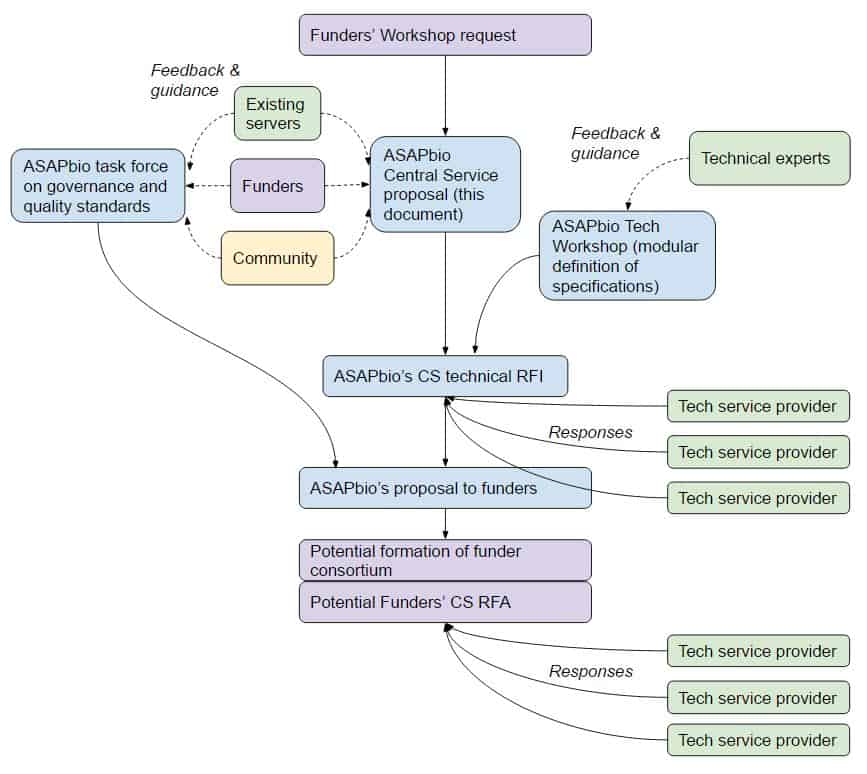