Thinking in Extremes: Scenario building for a preprint future 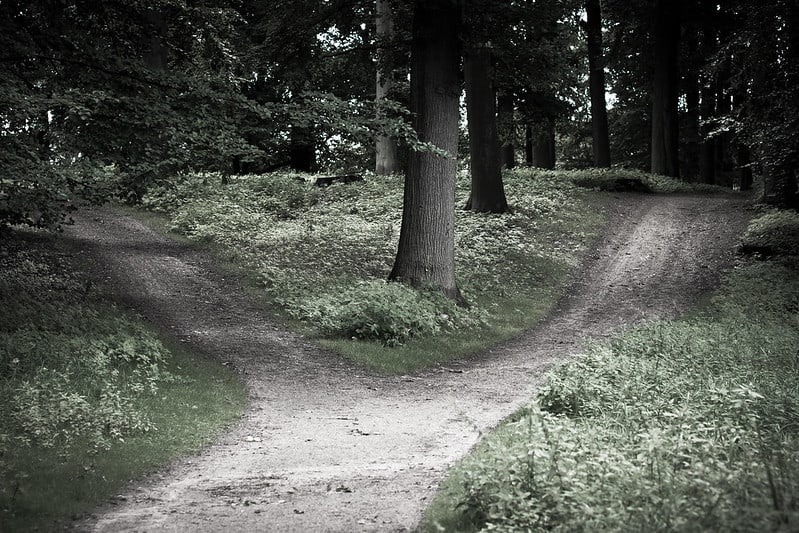 The adoption of preprints in the life sciences has increased enormously in the last few years, and preprints have played an important role in the dissemination of the latest findings related to the COVID-19/SARS-CoV-2 pandemic. While preprints are a common form of communication among some researcher communities and disciplines (e.g. physics, mathematics), the life sciences (including biomedical) fields have been slower to adopt preprinting. As a whole, preprints bring opportunities for innovation but they have also given rise to some uncertainty in scholarly publishing, and whether preprints will be able to change scientific publishing for the better remains an open question.

Preprint adoption involves a range of stakeholders in scholarly publishing (scholars, preprint platforms, publishers, funders, service providers, university libraries, funders, grant reviewers, etc.) all of whom hold different priorities and behaviours. Therefore, stakeholders’ motivations, drives, wishes, hopes, as well as concerns, doubts and obstacles regarding preprints and their adoption will be key to the future developments in the research communication landscape.

What does the future hold for preprints and traditional scholarly publishing? As Dennis Gabor said: “The future cannot be predicted, but futures can be invented.” To explore how an increased use of preprints may shape the publishing ecosystem, we invented a speculative extreme future where there is full adoption of preprints.

To take a deeper dive into what this potential future would bring, we will explore the potential trajectories that the extreme scenario might evolve into, focusing on a discussion of what the landscape would look like for research dissemination.

Scenario 1. Everyone posts preprints and all journals encourage and integrate with preprints

Authors universally agree that preprints increase transparency, establish priority, reduce scooping, and bring new knowledge to the public domain faster. All journals and publishing houses make preprinting part of their workflows, and manuscripts are automatically posted as preprints at the time of submission. As a result of this dynamic, all articles are preprinted while they await peer-review, removing the burden from authors to forward preprints to target journals. Preprints are posted on one of a handful of major preprint servers, and transfers to preprint servers are part of an automated workflow accompanying submission to journals.

This scenario results in a number of consequences for the different stakeholders. It allows researchers to disseminate work rapidly and facilitates publication workflows as it reduces the need to go through two separate submission processes at the server and journal. The fact that preprinting has become a community norm addresses some of the initial concerns about scooping, and about potential hurdles to publication in journals.

From the journal perspective, the availability of the paper in parallel to the editorial process reduces the pressure to accelerate turnaround times for the review process, and integration of the preprint submission and posting allows journals to maintain a close interaction with their contributors. At the system level, universal availability in preprint format ensures prompt dissemination of research, maximises funder investment and reduces the risk of duplication or research waste.

Preprinting is a universal praxis, and there is a high number of preprint servers competing for the authors’ work. Although this is also a drive for innovation, authors are confused on which server is the best one for their purposes, in terms of visibility of research within their audience and the servers that will ensure the most recognition by funders and institutions.

This ecosystem gives rise to a small number of servers dominating the scene, creating an oligopoly situation that shares some traits with the current dominance of the scholarly output by a few major publishers, and where the preprint scene recreates ‘journal impact factor’ style rankings, or other branding or prestige systems. Non-rigorous studies are favoured over more comprehensive analyses to be fast and claim priority of new findings. This creates the need for follow-up experiments to validate results, as well as a fragmented knowledge base which is burdensome for the scientific community to replicate or rectify.

This scenario also brings potential consequences for the research process: There’s the risk that the incentive to post early could bring tension with research integrity practices, and that the information overload could undermine public trust in research.

We have described potential avenues of a future where all research in the life sciences is posted in preprint format. This reflects our exploration of this extreme future but there may be other options, and we would like to hear your views on how the future adoption of preprints should or will evolve. We invite you to share your thoughts and to explore potential future scenarios:

Insights about the use of preprints in Japan and China: recap from the ASAPbio January Community Call
2023-02-06